A Theater? NO!  John Hancock

A number of aliens and foreigners have lately entered the state, and in the metropolis of the government, under advertisements insulting to the habits and education of the citizens, have been pleased to invite them to, and to exhibit before such as attended Stage Plays, Interludes, and Entertainments, under the .  .  .  appellation of “Moral Lectures.”  .  .  .  no measures have been taken to punish a most open breach of the laws, and a most contemptuous insult upon the powers of the government.

Before John Hancock (1737–93) entered American history as the first person to sign the Declaration of Independence in 1776, he helped write the 1767 legislation that supported Massachusetts’s original 1750 theater ban. Later, as governor of the Commonwealth (1780–85, 1787–93), he worked against efforts to stage plays in Boston. Following Hancock’s orders, Sheriff Jeremiah Allen closed the Board Alley Theatre during a performance on December 5, 1792. Audience members responded by rioting and destroying Hancock’s portrait and coat of arms. Hancock’s death on October 31, 1793, only months before the Federal Street Theatre opened in defiance of the still-unrepealed statute, brought official opposition to an end. 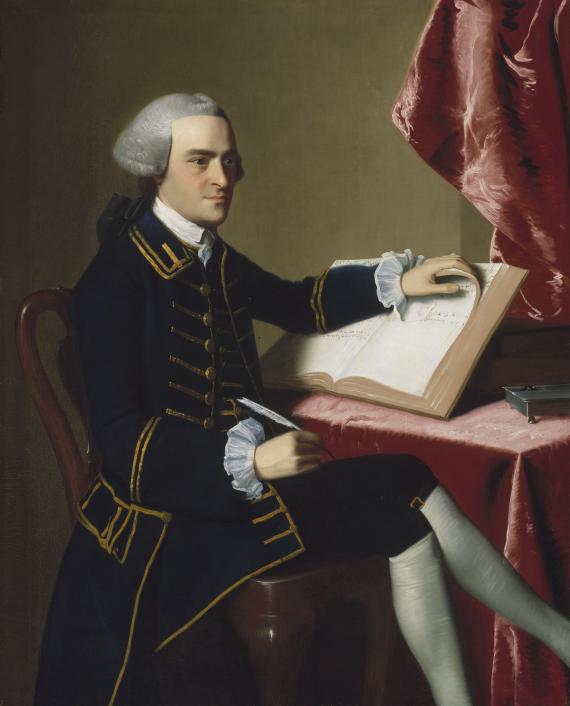